A throwback to legendary investigative journalist Seymour Hersh discussing exposing the My Lai massacre by American soldiers in the Vietnam War, among other war crimes.

The post The My Lai Massacre, Babies Thrown onto Bayonets first appeared on Dissident Voice.

Republicans supporting Trump’s fraud allegations are putting democracy ‘on a dangerous path’ according to Barack Obama. But the US election system has been questioned for decades.

The post US Election History Marred by Fraud and Controversies first appeared on Dissident Voice.

The job is done, Corbynism is defunct, and now Keir Starmer’s Labour Party is coming for all of those who were close to him. What of Emily Thornberry? She’s keeping quiet. 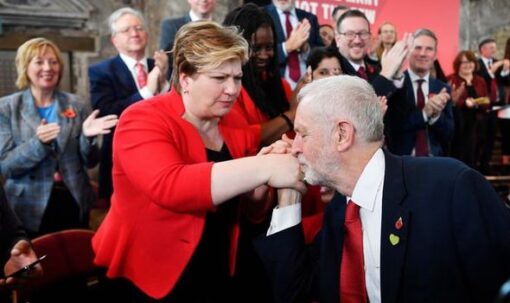 The post The Job is Done, Corbynism is Defunct first appeared on Dissident Voice.

Even after Russiagate was debunked as a hoax, this conspiracy theory lives on. In fact, it appears to have become part and parcel of our political discourse. If you oppose someone or an idea, all you have to do is blame Putin and Russia. No facts necessary, slurs and factless claims now suffice. CrossTalking with Patrick Lawrence and Daniel McAdams:

“It’s impossible to sit through every day of the hearing and believe this is a fair and impartial process — because it isn’t.”

The post "What I've told you won't be reported on the BBC" first appeared on Dissident Voice.

In a new interview, Donald Trump has confirmed “he wanted to assassinate” Syria’s president Bashar al-Assad despite 2 years of flat-out denials the option was even discussed.

George Galloway makes cystal clear what is a no-brainer: Julian Assange revealing war crimes is the real reason for extradition.

Unable to be convicted for journalism, he stands accused of trumped-up charges in what is the trial of the century.

The post Julian Assange: The Trial of the Century first appeared on Dissident Voice.

So much debate over whether or not we should be wearing masks in order to fight COVlD but multiple scientific studies over the past decade have already settled this question. Not only do medical masks not prevent the spread of the virus, but a 1995 study proves that wearing a cloth mask can put you at greater risk for infection. Ben Swann breaks down the science.

Prof. Richard Wolff of Democracy at Work and Daniel McAdams of the Ron Paul Institute join News.Views.Hughes to discuss the massive and ongoing stimulus measures with which the Trump administration seeks to address the impact of the COVID-19 lockdowns and forestall economic collapse:

In the latest attempt to increase economic pressure on two foes, US prosecutors filed a civil lawsuit to seize the gasoline aboard four Iranian tankers that set sail for Venezuela last month. The civil-forfeiture complaint aims not only to stop the delivery of fuel to Venezuela but also to deprive Iran of the revenue and deter future shipments. Just last week, the US imposed sanctions on five Iranian captains blacklisted for delivering gasoline to Caracas. Daniel McAdams, executive director of the Ron Paul Institute, joins In Question to discuss: