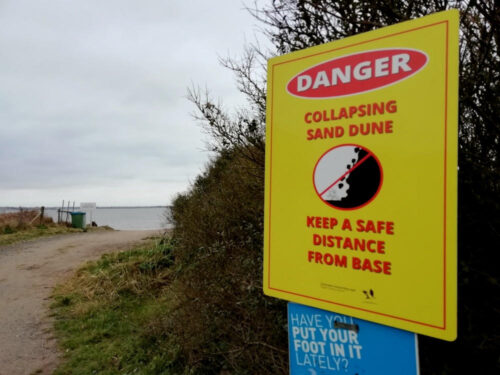 A recent walk at a local beach revealed to me how fast coastal erosion is affecting local communities. This area where I live is essentially a peninsula with two large popular beaches, Donabate beach and Portrane beach which are joined by cliffs, on the coast of north County Dublin, Ireland.

I have already written about erosion at Donabate beach and erosion at the cliffs over the years but, in a far worse condition, is Portrane beach.

As can be seen from photos I took in 2013 compared with the ones I took a few days ago, coastal erosion is happening at a significant rate. 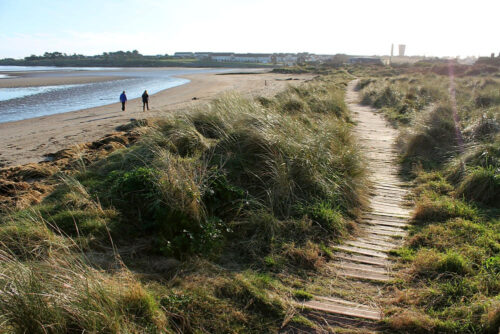 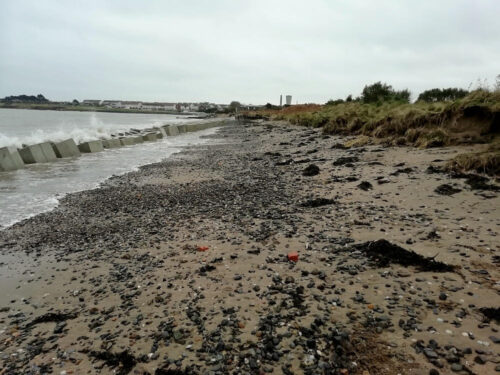 According to one local resident, David Shevlin,  “We live in the midsection of the beach and our property has lost upwards of about 20 metres of established garden since 2018. […] At the current rate of erosion, our garden was 30 metres and it’s gone to 20 metres in two years so it doesn’t take much to calculate that we don’t have very long.” 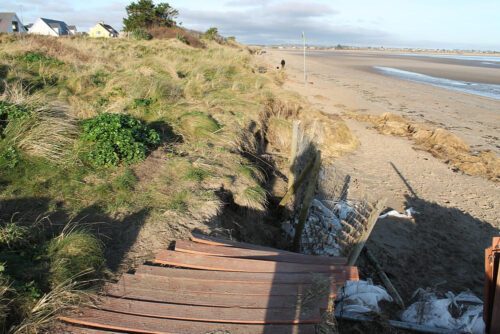 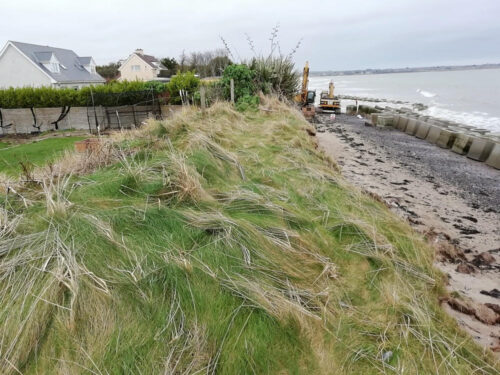 The local council has tried to stem the rate of erosion with concrete Seabees before more permanent groynes are constructed. A groyne is a structure built perpendicular to the shore, that interrupts water flow and limits the movement of sediment and can be made out of wood, concrete, or stone. According to a local spokesman the Seabees will be “an interim solution pending the installation of specially designed Y-shaped groynes structures which will be complemented by a beach renourishment scheme in order to achieve a suitable beach level. This will reduce incident wave energy along the coastline by limiting the prevailing water depth and thus mitigating the threat of erosion.”

The seriousness of the problem can be seen as the Seabees are almost completely submerged at high tides. 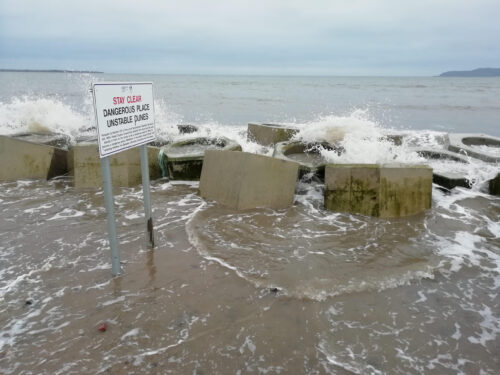 The Housing and Planning Minister, Darragh O’Brien, has commented that:

Around Ireland, it’s projected that by 2050, the impact of coastal erosion could potentially affect up to 2 million people who live within 5km of the coast, all the major cities, and much of the country’s industry and infrastructure and utilities, including transport, electricity and water supplies.

Ireland is the third largest European island. It is situated at the north-west of continental Europe. The coastline measures 4 577 km, bordering the Atlantic Ocean on the north-west and the Irish Sea on the south-east.  More  than  50%  of  the  population  lives  within  15km  of  the  Irish coastline.  Most  of  the  population  is  concentrated  in  cities,  with  the  major  coastal  cities  being  Dublin,  Cork,  Limerick  and  Galway.

They further note that:

Approximately  20%  of  Ireland’s  entire  coast  is  at  risk  of  erosion.  Sea  Level  Rise  (SLR)  combined  with  an  increase  in  severity  and frequency  of  coastal  storms  is  expected  to  exacerbate  the  problems,  especially  along  the  Atlantic  coast. 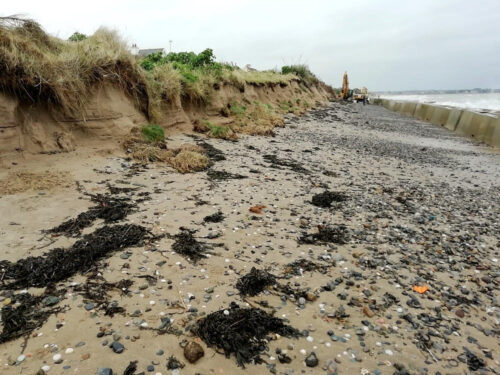 Historically, vertical seawalls were common but now flat-sloped revetments (sloping structures placed on banks or cliffs in such a way as to absorb the energy of incoming water) using rock or unusual shaped concrete units are used to reduce impact on beaches.

It is interesting to see that “in the US hard structures such as revetments and groynes are no longer allowed in many states because of potential negative impacts on the beach and coastal protection is provided by nourishing the beach with sand brought in from external sources. This is called beach nourishment and is now the most common method of coastal protection worldwide but is rarely used in Ireland and it needs to be repeated every three to five years to replenish lost sand. This recurring cost does not fit well with how Irish projects are funded.” 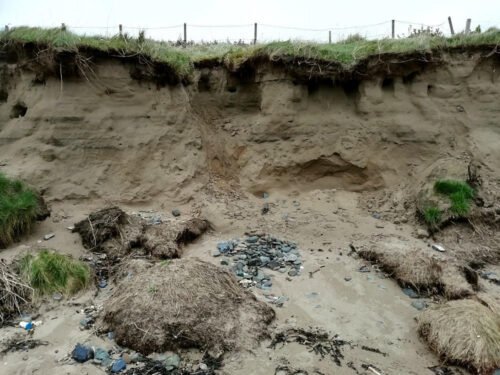 It can be seen that engineers are under serious pressure to come up with new ideas to deal with coastal erosion and, maybe over time and with more experience and newer technology, they will be able to limit erosion with more success. However, we know the seas are rising and despite efforts to hold back the waters, it seems that what is really needed is global action now before large swathes of the planet become uninhabitable.