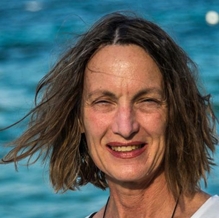 While enroute to observe the presidential elections in Colombia, Teri Mattson was denied entry by Colombian authorities and had her passport seized. After arriving at 6:55 am on May 22, she was forced to spend the day and the night at the Bogotá Airport before being deported the following morning and flown out of the country.

Although Mattson resides in Mexico and first flown there, her tribulations did not end there. She was then held in Mexico without passport or phone while immigration waited for the first available flight to the US, because she is a US citizen. Only when Mattson exited the plane in the US were her phone and passport returned to her.

Colombian authorities falsely claimed that Mattson “represents a risk to the security of the State.” When contacted, the US embassy refused to aid her on the bogus grounds that they do not get involved when someone is accused of being a security risk.

There are serious security risk issues involving the presidential elections in Colombia, but Ms. Mattson was not one of them. The front runner in the election campaign is Gustavo Petro, a former mayor of Bogotá. Petro was at one time a left guerilla, whose politics have now shifted more to the center.  His vice-presidential running mate is Afro-descendent environmentalist Francia Márquez. 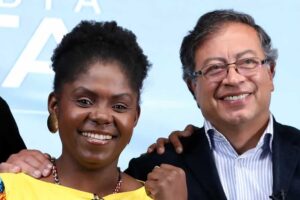 Were the Petro/Márquez ticket to win on May 29, theirs would be the first administration on the left elected in Colombian history, which has gotten both the current right-wing Colombian government and Washington apprehensive. There are credible rumors that the election may be cancelled.

Both Petro and Márquez have already survived assassination attempts on the campaign trail. Breaking the constitutional requirement for neutrality by the armed forces, the commander of the Colombian army issued a direct attack against Petro. This prompted Medellín’s mayor to warn: “We are one step away from a coup.”

According to the Task Force on the Americas, Colombia has been turned into a regional US military and political proxy in their regime-change hybrid war against Venezuela. Petro has pledged to reopen relations with Venezuela and adhere to the terms of the peace agreement with the FARC if he becomes president and survives.

Given this background, Teri Mattson traveled to Colombia with a group of international trade unionists to observe the election. Colombia, incidentally, is the most dangerous place in the world to be a union activist.

Mattson was a fully accredited election observer invited to Colombia by the Permanent Committee for the Defense of Human Rights. CPDH is a leading human rights group in Colombia founded in 1979.

Mattson had previously visited Colombia in 2021 on a delegation to investigate state violence against social movements. She has been an official accredited election observer to Honduras, Venezuela, Ecuador, Mexico, and Nicaragua.

Mattson is the host of the weekly podcast WTF is Going on in Latin America & the Caribbean. She is a Latin America organizer with Code Pink and on the board of the Task Force on the Americas.

The Task Force on the Americas, Code Pink, and COHA are among the organizations denouncing the deportation. The CPDH holds the Colombian government responsible for the “persecution and violation of Teri Mattson’s rights, and for the violation of democratic rights and the lack of democratic guarantees in the current elections.”