Interesting Teach-in, well, discussion, with the speakers below. You will hear Scott Ritter divert from some of these speakers saying that the actions by Russia in Ukraine are legal, ethical and necessary.

Here is Ritter, just interviewed, Strategic Culture. Note that Ritter is called a traitor (for looking at the Russian military and political angles) and a Putin Stooge (this is it for Western Woke Culture) and he’s been banned on Twitter for a day, and then back up, and the seesaw of social media continues (more McCarthy: The New Democratic Opperative). You do not have to agree with militarism, but here we are, so the Western Woke Fascist Media and the Mendacious Political Class want nothing to do with, well, military minds looking at Russia (Ritter studied Russia big-time, and studied their military big time, both Soviet Union and Russia). He also is married to a Georgian. But again, this is it for the Western Intellect (sic).

Like we can’t watch Graham Phillips work, without being called, well, Russian Stooges. The Mainlining Mendacious Media calls him a Russian Sympathizer. Imagine that. For years,, he’s been a sympathizer (he is British, speaks Russian and goes to the actual places with camera in hand. Look at the one on Ossetia, the breakaway republic of Georgia. It is delightful (note the dinner he is served by the typical family):

Here, from, “The Ukrainian Conflict Is a U.S./NATO Proxy War, but One Which Russia Is Poised to Win Decisively – Scott Ritter” by Finian Cunningham, April 9, 2022

Question: Do you think that Russia has a just cause in launching its “special military operation” in Ukraine on February 24?

Scott Ritter: I believe Russia has articulated a cognizable claim of preemptive collective self-defense under Article 51 of the UN Charter. The threat posed by NATO expansion, and Ukraine’s eight-year bombardment of the civilians of the Donbass fall under this umbrella.

Question: Do you think Russia has legitimate concerns about the Pentagon sponsoring biological weapons programs in laboratories in Ukraine?

Scott Ritter: The Pentagon denies any biological weapons program, but admits biological research programs on Ukrainian soil. Documents captured by Russia have allegedly uncovered the existence of programs the components of which could be construed as having offensive biological warfare applications. The U.S. should be required to explain the purpose of these programs.

Question: What do you make of allegations in Western media that Russian troops committed war crimes in Bucha and other Ukrainian cities? It is claimed that Russian forces summarily executed civilians.

Scott Ritter: All claims of war crimes must be thoroughly investigated, including Ukrainian allegations that Russia killed Ukrainian civilians in Bucha. However, the data available about the Bucha incident does not sustain the Ukrainian claims, and as such, the media should refrain from echoing these claims as fact until a proper investigation of the evidence is conducted, either by the media, or unbiased authorities.

While one may be able to mount a legal challenge to Russia’s contention that its joint operation with Russia’s newly recognized independent nations of Lugansk and Donetsk constitutes a “regional security or self-defense organization” as regards “anticipatory collective self-defense actions” under Article 51, there can be no doubt as to the legitimacy of Russia’s contention that the Russian-speaking population of the Donbass had been subjected to a brutal eight-year-long bombardment that had killed thousands of people.

Moreover, Russia claims to have documentary proof that the Ukrainian Army was preparing for a massive military incursion into the Donbass which was pre-empted by the Russian-led “special military operation.” [OSCE figures show an increase of government shelling of the area in the days before Russia moved in.]

Finally, Russia has articulated claims about Ukraine’s intent regarding nuclear weapons, and in particular efforts to manufacture a so-called “dirty bomb”, which have yet to be proven or disproven. [Ukrainian President Volodymyr Zelensky made a reference to seeking a nuclear weapon in February at the Munich Security Conference.]

The bottom line is that Russia has set forth a cognizable claim under the doctrine of anticipatory collective self defense, devised originally by the U.S. and NATO, as it applies to Article 51 which is predicated on fact, not fiction.  (Ritter, Russia, Ukraine & the Law of War: Crime of Aggression)

The US government invoked self-defense as a legal justification for its invasion of Panama. Several scholars and observers have opined that the invasion was illegal under international law.

Appendix A: Background on United States Funding of the Contras

In examining the allegations in the Mercury News and elsewhere, it is important to understand the timing of funding of the Contras by the United States. The following dates explain the periods during which the United States government provided funding to the Contras or cut off such funding.

Again, let’s think about what is actually happening in Ukraine, and where the country is, and what the Russians in that country are facing, and, gulp, where is Ukraine? Thousands of miles away, like Panama and Nicaragua are from USA?

As the war in Ukraine rages on, I visited the republics of Donetsk and Luhansk as an embedded reporter with the Russian army.

Both of the republics are the trigger of the current conflict.

Russian President Vladimir Putin declared their independence on February 24, 2022, something a lot of people were waiting for since the CIA backed coup in Ukraine of February 2014. That coup had resulted in the ouster of Ukrainian President Viktor Yanukovych and new laws forcing the Ukrainian language on Russian-speaking residents. Luhansk and Donetsk consequently voted on their independence and Ukraine attacked them, precipitating the war.

European support for the so-called Maidan coup was considerable: the Dutch MP Hans van Baalen from the ruling Dutch VVD party (Mark Rutte), for example, was at the protests that helped trigger the coup, as was the former Prime Minister of Belgium Guy Verhofstadt. Both were seen cheering on the crowds, surrounded by right-extremists on the stage, shouting “democracy.”

So what is preemptive defense? Right to Protect? What is big ugly history of Nazi’s in Poland and Ukraine? What is that all about, uh, Americanum?

At least 32 countries have sent direct military aid to Ukraine this year! US and NATO Allies Arm Neo-Nazi Units in Ukraine as Foreign Policy Elites Yearn for Afghan-style Insurgency

So, plans by ZioLensky for Dirty Bombs from the wasteland of Chernobyl, not a provocation?

How many were immolated in Waco? Why? Mount Carmel Center became engulfed in flames. The fire resulted in the deaths of 76 Branch Davidians, including 25 children, two pregnant women, and David Koresh himself.

Oh, the impatience of the USA, FBI, ATF, Attorney General, Bill Clinton, the lot of them.

Or, dropping bombs on Philly, to kill, well, black people:

How many died, and what happened to the city block? Bombs dropped on our own people, again! Police dropped a bomb on a West Philly house in 1985. The fire caused by the explosion killed 11 people, an atrocity that Philadelphia still grapples with today.

Black Lives Do Not Matter, here, or in Ukraine. Below, representation of those lives killed by cops, of all races, in one year. Many of these in a year, 60 percent, did not involve a person with a gun, and a huge number, 40 percent, involved people going throug mental health crises. 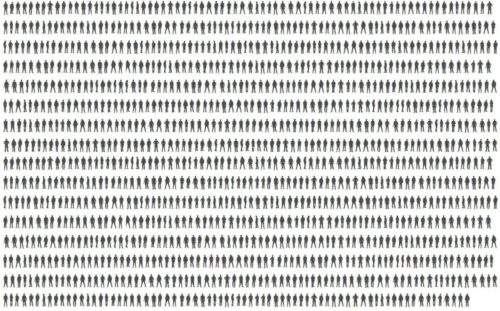 Oh, being black in Ukraine:

Yes, the first casualty of war is truth, and with the USA as the Empire of Lies and Hate, the casualty is now a larger framework of a Zombie Nation of virtue signalers and those who want the fake news to be real, please!

So far as I know, this is the first war in modern history with no objective, principled coverage in mainstream media of day-to-day events and their context. None. It is morn-to-night propaganda, disinformation and lies of omission — most of it fashioned by the Nazi-infested Zelensky regime in Kiev and repeated uncritically as fact.

There is one thing worse than this degenerate state of affairs. It is the extent to which the media’s malpractice is perfectly fine to most Americans. Tell us what to think and believe no matter if it is true, they say, and we will think and believe it. Show us some pictures, for images are all.

There are larger implications to consider here. Critical as it is that we understand this conflict, Ukraine is a mirror in which we see ourselves as we have become. For more Americans than I wish were so, reality forms only in images. These Americans are no longer occupants of their own lives. Risking a paradox, what they take to be reality is detached from reality.

This majority — and it is almost certainly a majority — has no thoughts or views except those first verified through the machinery of manufactured images and “facts.” Television screens, the pages of purportedly authoritative newspapers, the air waves of government-funded radio stations — NPR, the BBC — serve to certify realities that do not have to be real, truths that do not have to be true.

Before proceeding to Bucha, the outrage of the moment, I must reproduce a quotation from that propaganda-is-O.K. piece The Times published in its March 3 editions. It is from a Twitter user who was distressed that it became public that the Ghost of Kiev turned out to be a ghost and the Snake Island heroes didn’t do much by way of holding the fort.

‘Why can’t we just let people believe some things?’ this thoughtful man or woman wanted to know. What is wrong, in other words, if thinking and believing nice things that aren’t true makes people feel better? (Patrick Lawrence, Special to Consortium News)

Daniel Boorstin’s The Image: A Guide to Pseudo- Events in America, has been cited by yours truly several times. It is a completely amazing work, sixty years ahead of its time, and it is almost completely ignored!. 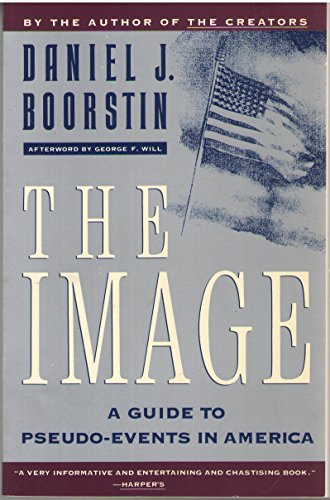 I describe the world of our making, how we have used our wealth, our literacy, our technology, and our progress to create the thicket of unreality which stands between us and the facts of life. …. The reporter’s task is to find a way to weave these threads of unreality into a fabric the reader will not recognize as entirely unreal. (Boorstin)

The post Deconstructing Preemption, De-Nazification, Right to Protect . . . In the Eyes of Empire of Lies (and Hate) first appeared on Dissident Voice.